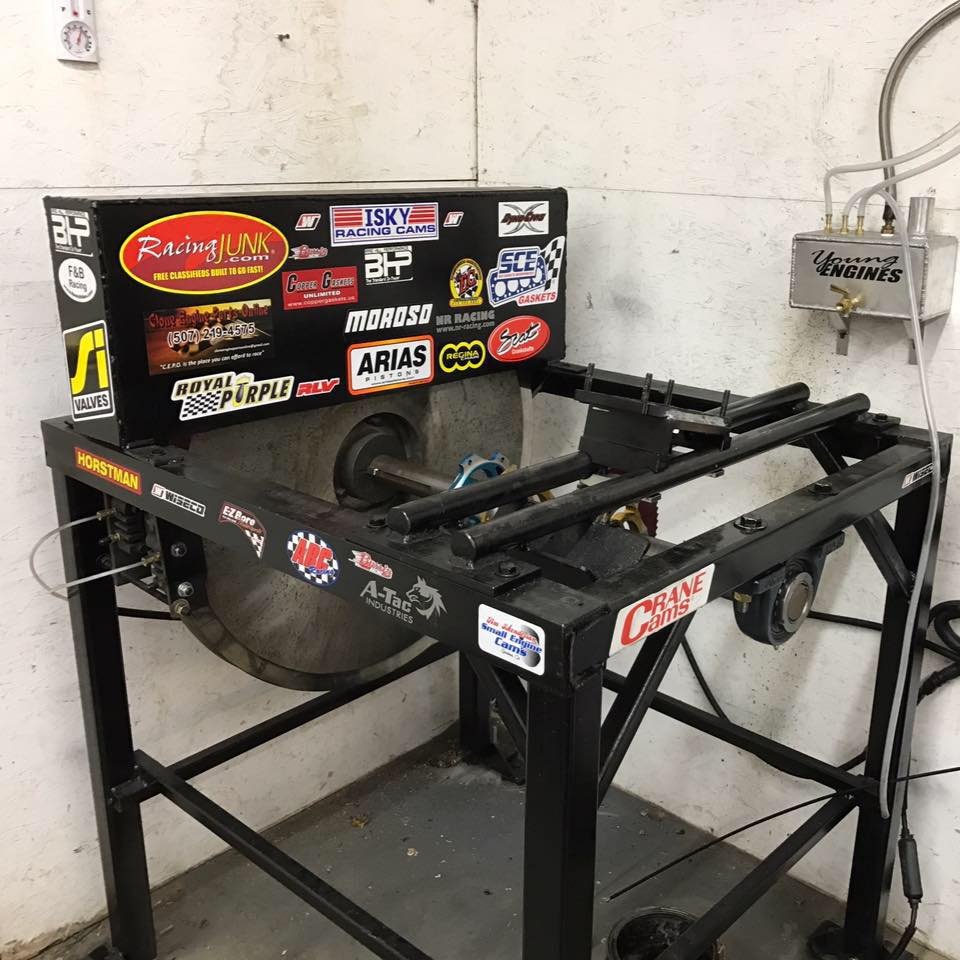 The small engine builder's challenge started, as many contests do, boastful statements from individuals claiming to have the highest output racing engines and claims of innovations that have pioneered and pushed the limits of these small engines. Being a very bold claim was just enough to get under the skin of other experienced engine builders, in which some answered the call.  The conversation started on Bob's 4-Cycle online forum, a prominent source for small engine 4-cycle and kart racing, before migrating to many Facebook groups. The first competition was to build a 310cc modified engine using cast blocks and cast head but with no limitation on welding or modifications. Since then, the contest has become more organized and grown in the process.

Since the first competition and every one since, Brad Hill of Brad Hill Performance/Electric Hardwoods has provided his inertia dyno nicknamed "Heartbreaker" for its realistic, conservative numbers that will humble any engine builder.

Horsepower number claims often lack accuracy due to differences in calibration or configuration of a dyno to read power curves that are most helpful for the engine builder. In some cases, they are skewed to help sell engines. Competitors agree that the only way to have fair and unbias results is to use the same dyno. So if you want to compare your engine, you'll have to enter the next competition.

Currently, there are four classes; here is a simple rundown of the specifications:

- 275cc Open Sponsored by RetroMod Garage- Same as the 310cc class but limited displacement to get more participants by utilizing more off-the-shelf and readily available components.

- 275cc Stock Appearing Sponsored by Laid Back Racing- These engines are not much less than the 275cc open but must appear stock using only cast components and a GX200 size carburetor.

- 14.5ci Open Sponsored by MiniDrag Racing(MDR)- The 14.5ci is one of the most relevant classes based on the WKA open classes that allow billet blocks and billet heads for the country's premier tribute money races. The only restriction is displacement.

All classes have to be built with available parts and have prohibited power adders like Nitrous and Forced Induction.

The evolution and addition of classes demonstrate the power potential and relative cost of building an RWYB, UAS, 14.5 Open, or Stock Appearing(S/A) class engine. Not only is the structure relevant to kart racing classes, but it provides context for a range of different builds beyond karting.

The contest showcases the engine builder's ability and talent to overcome class restrictions and, frequently, cost. 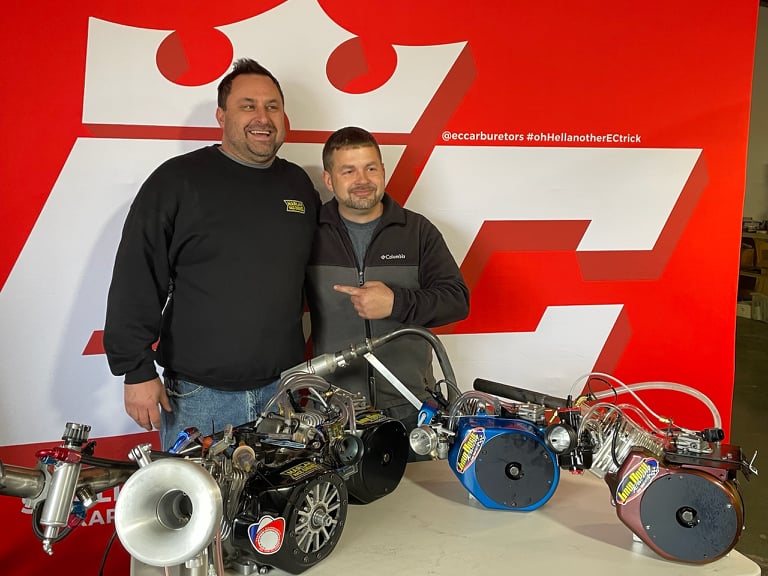 There is no better example than Laid Back Racing/Johnnie Berry's class-winning 14.5ci engine. He used EC's 236R engine kit, including a cast 58mm crankshaft, forged rod, and 72mm Tillotson cast block, and replaced the cast piston with a forged Wiseco. He reworked a small chamber Dynamic Engine Development(DED) Billet Head for the cylinder head and induction a reworked PWK slide carburetor from Amazon. His combination made 28.86hp at 10,500rpms.

Before you think this was a dyno queen designed for a dyno competition, Johnnie's 14.5ci engine finished in the top 10 this past year at one of the country's largest open modified money kart races, the Big O Tribute. His driver made up more than ten places on track after lackluster qualifying. During the Dyno Competition, he beat out 14.5ci all billet Briggs Animal/Intek-Based PPM Engines and other cast block engines in the dyno competition. Johnnie would also win the Stock Appearing and 310cc Open Classes.

Johnnie was not the only winner; Mark Patrylak of Marlak Engines won the first 275cc open class competition. Mark is a relative newcomer to the competition but not to building race engines. Mark, like Johnnie, built an engine not only for the dyno competition but made for drag racing on custom minibikes. Mark's engine uses a reworked Mini Drag Racing(MDR) "Block-Enstein" Billet Head made by Belmit, Welded Cast Block, 33mm Mikuni Carburetor, and a crankcase e-vac system. Mark's engine made 34.01hp or just a little more than 2hp per cubic inch, which is impressive by any 4-cycle racing engine but more so from an industrial-based, single-cylinder, power equipment engine. Mark is looking forward to building a 310cc engine next year to hunt for the lucrative 40hp mark.

Many competitors include Lewis Stout of Stout Racing Engines and Rix Tech Tools, who makes many of the Tech Tools used in kart racing. Also, UAS Texas administrator Billy Lindsey, Elliot Krammerman of Mini Drag Racing, Tony Colando of Tony Power, and many more racers within a short drive of EC's shop.

This year's dyno competition was the biggest one so far and could have included many more, considering the pending hazardous weather conditions. For that reason, the next competition may move to later in the year, giving new competitors more time to complete their engine builds.

To continue the growth of this competition, EC, Brad Hill, and the current competitors are considering new classes for the budget racers that may include: stock bore and stroke, pull-start only, and running on gas.

Thanks to all the sponsors that help drive the excitement of this show. Make sure you give them a shout-out and follow their social media accounts for more minibike and go-kart information and entertainment.

Thanks to our Sponsors 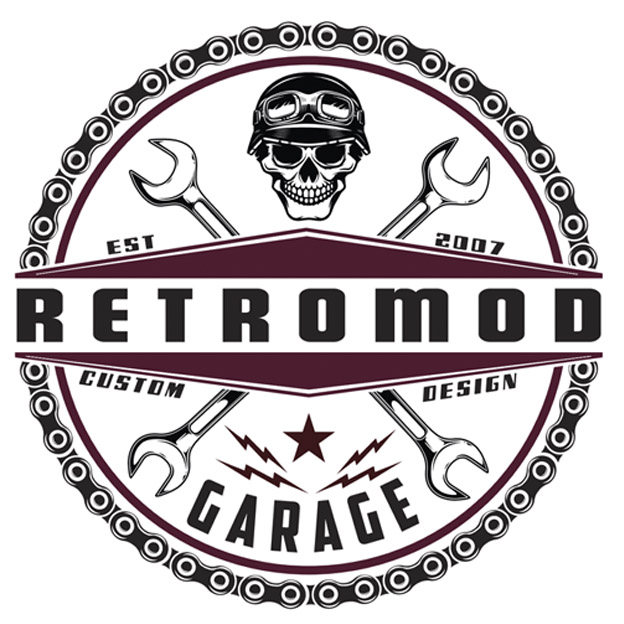 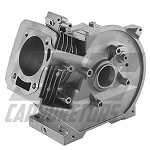 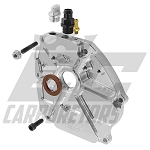 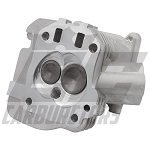